Learn how to measure soil moisture and get the best performance

The soil moisture is the amount of water stored in the interstices or cracks of a substrate. It is a fundamental variable in the agricultural sector, for example, since this water serves as a solvent for the transport of the nutrients that the plants need to grow. But it also important to learn how to measure soil moisture to regulate the temperature of the soil, favoring, in the same way, the development of beneficial microorganisms for crops, such as those in charge of fixing nitrogen. However, to determine if its quantity is the best and to decide if an extra contribution is necessary through irrigation, it is advisable to rely on precise monitoring systems. The information that transmits the sense of touch to contact with the earth is an accepted and proven method but requires experience to obtain valid results (Martin, 2017).

How can soil moisture be measured?

The techniques used to measure the amount of water in the soil can be classified as: 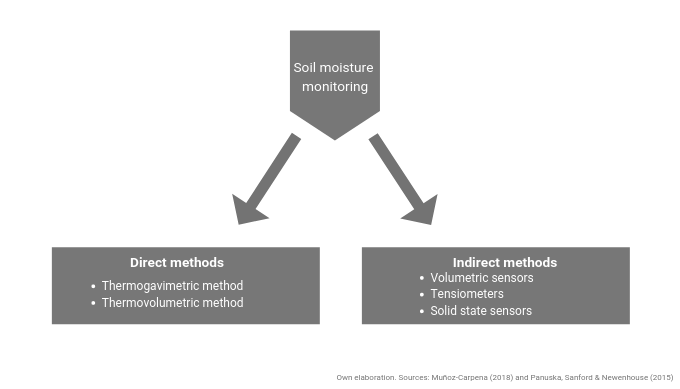 Which method is better? The techniques included in the group of direct methods, for example, offer great accuracy and are affordable, but they involved the destruction of the soil and its execution takes a long time, which in practice makes its use in the field unviable. Therefore, in agricultural activities, maintenance of golf courses, gardens, leisure areas, etc., indirect methods are usually employed.

Which indirect method is more convenient to know the soil moisture?

As it can be seen in the previous image, the most common devices to measure indirectly soil moisture are: 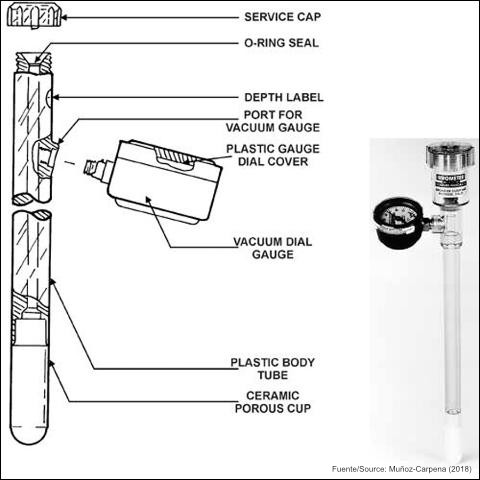 The choice of any of the three methods indicated will depend on several parameters:

Why is it recommended to measure soil moisture?

The European Citizen Initiative (ICE) People4Soil, in which more than 400 associations, environmental groups or research centers participate, makes it clear: the efficient use of water, the reduced use of pesticides and the improvement of soil health can lead to an average increase in crop yield of 79%.

Through the monitoring of soil moisture, it is possible to achieve a responsible use of water. Knowing if a land or crop needs an extra supply of water makes irrigation much more efficient, avoiding useless consumption of this scarce natural resource.

But as already noted briefly in the introduction, the soil moisture also contributes to the growth and development of the microorganisms involved in the transformation of the plant, its diversity and the activity of soil enzymes. Thus, it has been shown that both very dry and very moist soils create unfavorable conditions that lead to a decrease in the biomass of microorganisms (Borowik & Wyszkowska, 2016).

Ultimately, and as the Cosmos-UK website says, «measuring soil moisture and developing the knowledge of how varies according to the place and time is fundamental to better understand future conditions» that will impose phenomena such as climate change. 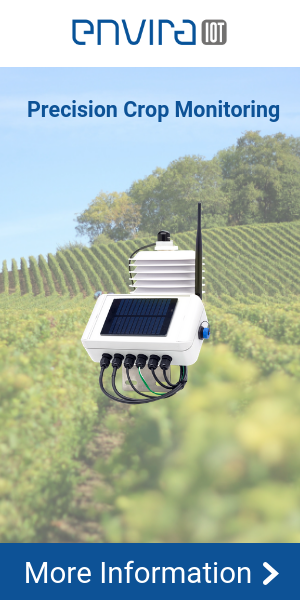